"Jazz province" – 20. The path to this date were thorny and difficult. 20 years ago, few people believed that the project would find its audience in the Russian hinterland, and the organizers would not succumb to difficulties, would not turn it into a one-time promotion. But no, they did. Leonid Vintskevich's perseverance and belief that his idea is necessary for both the public and Russian musicians have done their job. "Jazz province-2015" is more representative than ever", - Mir belogorya.

Over 20 years of existence, the festival has shown more than 700 thousand Russian viewers about 2 thousand musicians from different countries of the world – from Japan to Zimbabwe, turning into an annual musical festival in dozens of Russian cities.

It is hardly an exaggeration to say that from this moment Kursk became one of the jazz capitals of the world, and the jazz province festival became its calling card. Over the years, the festival has gained an impressive audience of fans and its own traditions, annually retaining the title of the main musical holiday for many Russian cities. The festival has become something more than just a sensation, it is a real cultural phenomenon that unites jazz musicians from different countries of the world. Previously, this was simply impossible to imagine!

The festival presents Russian listeners with premieres of international projects that involve the best jazz musicians from all over the world. The festival stages host presentations of new albums and programs, master classes and creative meetings, where performances of world stars sound special in a chamber setting. It is difficult to overestimate the unique opportunity of listeners to communicate with their idols in this way! The festival provides this opportunity to young listeners every year and traditionally holds concerts for schoolchildren. This year, the musicians performed for the young generation on November 2 in the hall of the Kursk state Philharmonic. A large program of master classes was held at the Sviridov KMK.

In its 20th year, the "jazz tsunami" swept through 12 Russian cities - from October 5 to November 11, 2015, including Moscow. About 100 outstanding jazz masters from 10 countries will present to the public modern avant-garde, jazz classics, ethno-programs, symphojaz, soloists and orchestras. Painting, ceramics, photography... - it's all "Jazz province"!

Big-Band of Music College of Orel 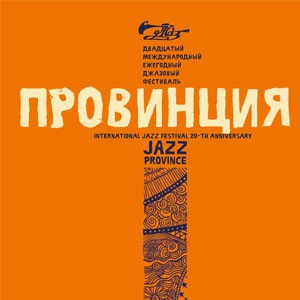