Traditionally, the purpose of the festival is to demonstrate a slice of jazz of today. The festival is held together with artists, sculptors, musicologists, and photographers. This year, the audience was able to get acquainted with the work of Ksenia Polonskaya, whose photo exhibition "Poetry of the soul" will be presented in the halls and foyers of music venues

As explained by the head of the Committee of culture for the Kursk region Valery Rudskoy, Kursk is always the core territory in this project, it was Kursk that hosted the largest part of the events: 4 concerts, master classes and a concert for young people.

"In the Kursk region, the attitude to jazz music has the character of a cultural policy. "Jazz province" is not a spontaneous event, but a systematic action that has helped to form a whole generation of people who live this music, know it well, and understand it. And this was not the case in Kursk 25-30 years ago, " said Valery Vyacheslavovich.

"For me, it is a miracle that such a large-scale festival takes place not in Paris, not in London, not in new York, but in Kursk. This is an art that should be communicated to all residents, so in addition to concerts, there will be master classes, a concert for young people" - Leonid Vintskevich. 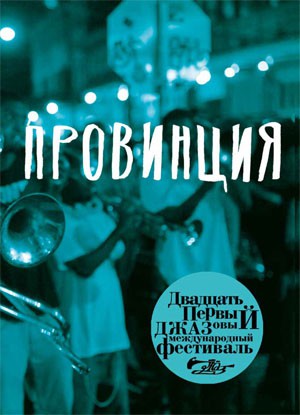