«The dynamics, the expression and complete freedom of musical self-expression! The thing that once started just as a challenge of a provincial taste before now gathers complete halls of listeners and watchers in the capitals! Who said that the face of jazz could be glossy only? It is not originally glossy. It is a colorful jazzy musical carpet made by the jazzmen of the whole world. This what the «Jazz Province» festival is».

XIV festival was famous and known for some new and remarkable names that were in the list of invited celebrities.

So one of the discoveries of the festival was «Romero & Roman» duet, represented by a loureat of Latin «Grammy» (2008) Ernan Romero and a Russian musician Roman Miroshnichenko. L.D. Meola once said about that guy that in his age of twenty four he played the way Meola himself used to in forty eight.

Another headliner of the «Provice» festival was Tony Symorsy’s quartet. He is one of the strongest contrabass players of the world. In Tony’s collective also plays pianist Nick Bariluck, saxophonist Bob Magnusson and one of the best world-known jazz-drummers Mike Clark. He used to perform with such stars of jazz like Herby Hancock, Chet Baker and Tony Bennet earlier.

Among the other performing collectives of the festival there were: «Vision of Sound» represented by Dmitri Ilugdin and Evgeny Sharikov; Nikolas Bird; Oleg Kireev’s quartet; a «Loemsch» duet from Germany represented by Lemann and Michel Beutelspacher; «Sangam Project» under keyboardist Alexander Charsky’s management; an international collective under a Russian saxophonist Alexey Cruglov management called «Kruglyi Band» (KB); a loureat of an international «Crystal Note» competition; a jazz-diva Arley Leonard who forged her jazz spirit in New Orleans, though now she works in New York.

But there were also «old friends» of the «Jazz Province» festival. Habitual frequenters were saxophonist Lembit Saarsalu, Kiev’s vocal sextet «Mansound», English-Danish-Swedish trio «Stekpanna». However, Mads Kyolby, one of the trio’s members, could be found as a participant of a Danish quartet of a Scandinavian jazz-diva Veronika Mortensen this year. The members of the quartet were: Morten Ankarfeld as a bass player, Morten Eroe as a drummer and a keyboardist Nikolas Kingo.

Besides that «JP Project» was represented by a cooperative performance of Leonid and Nikolai Vintskevich and American jazzmen Kip Reed and Joel Taylor. They represented a program of a new wax called «Singularity» (Slam552) this year, which was recently released at the «Slam Records» in England. The albums «Notes from Underground» (recorded at GATEWAY Studios in London on 18th of May 2002) and «Songs from the black Earth» (recorded by «SLAM» company in 2008) were recorded in England before.

Another feature of the festival was a People’s artist of Russia and a legendary guitarist Alexey Kuznetsov. He celebrated his semicentenary of his artistic activity in 2008. He was one of those few who went along almost the whole «Jazz Province» festival’s track.

And another fact that demands to be mentioned is that organizers of the festival launched and award «for a selfless service to jazz». Its first loureat was Yuri Vermenich from Voronezh. He was an historician of jazz, the organizer of many concerts, an interpreter, an author of several books about music that he devoted his life to. 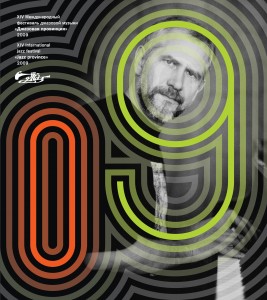