“… The international festival “The Jazz Province 2006” took place in Palace of culture of metallurgists. Those few hundreds of watchers who preferred the jazz to the other things surely didn’t regret their choice. It was the 11th time “The Jazz Province” brought the first class musicians to us, musicians who represented the more actual styles in the modern jazz.”

This year the concerts of the 11th festival were opened by People’s artist of Russia, a state prize winner, a popular film and theatre actor Alexander Phillipenko, who introduced the literary-musical performance “Today he plays jazz, but tomorrow…”. “I wanted to extend the borders of the genre “The Jazz province” was used to be in. – That’s how the permanent manager of the festival Leonid Vintskevich explained that. – He emits so much of this jazz drive, so much energy… A part of his life was devoted to the legalization of jazz, so there was no way we could not invite him”.

The managers did their best to keep the tradition and invited infamous young performers, as well as musicians well-known by public.

Thus Anglo-Scandinavian trio “Stekpanna” were essential participants of “The Jazz Province” last years; a family duet of father and son, represented by the Vintskevichs; the veteran of the legendary jazz-band “Arkhangelsk”, percussionist and drummer Oleg Yudanov; Alexander Oseichuk and the “Green Wave” ensemble; the vocal collective “A’Capella ExpreSSS”.

As a newbie of the festival of this year a young vocalist from New-York Sharyn Wade was represented by a drummer based in New-York Oleg Buthman, who brought her to participate in the “Province” . Also it was the first time the collective from Germany named “Blues and Bloedel” with vocalist Claus Frizenius came to the festival. The quintet of a pianist and composer Aleksey Chernakov became the opening of “The Jazz Province”. A contrabass player and educator Adam Teratsuyan represented his jazz-ensemble “Hi-Fly” (Rostov-on-Don).

The main event of the festival was the participation of a legendary saxophonist Alexey Kozlov with the “Arsenal” band. He was another significant figure among those who conducted the development of jazz music in our country. The “Arsenal” ensemble adopted and improved the theme of Soviet jazz that had been started by Alexander Philippenko.

Alexey Kozlov and the “New Arsenal” 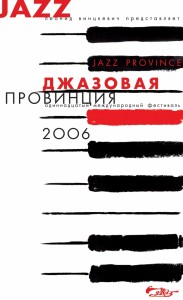 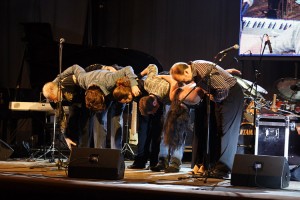 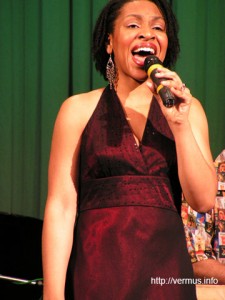 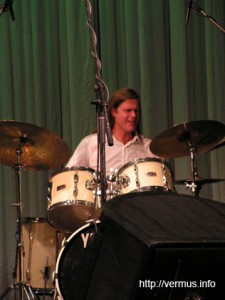 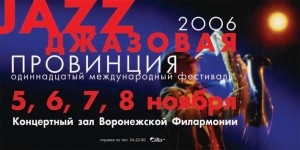 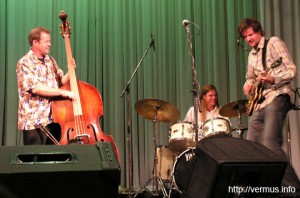 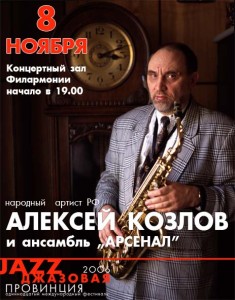 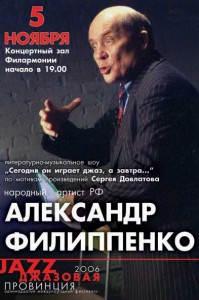