“… On the 10th of November in Kazan the concert of the “Jazz Province” festival succeeded very much. The success could be noticed by a bare eye: it was the first time when there was a full house in the Big Concert Hall during a jazz festival.”

The feature of the 7th “Jazz Province” festival was the fact that it was held in the autumn, but not in the summer as it was used to be.

That is why the opening of the festival appeared to be held at the jazz-club “Le Club” in Moscow. The headliner of the show was an American vocalist J.D. Walter. He also took part in all of the concerts in other cities. And though he took part in the “Province” festival last year and made an icing on the cake out of himself, he didn’t happen to appear in Moscow. But the last year’s mistake was fixed now. As members of the team of foreign guests the “Stekpanna” trio performed. This trio was represented by Steve Kershow (a bassist from Britain), Mads Kyolby (a guitarist from Denmark) and Peter Sverd (a drummer from Sweden). The Russian jazz was represented by a saxophonist Nikolai Vintskevich, a pianist Leonid Vintskevich and the others.

A vocalist J.D. Walter was accompanied by a drummer Dmitry Sevastianov, a young Ukrainian contrabass player Denis Dudko and by Vintskevich. The feature of this artist’s performance was the usage of different types of electronic equipment, not only the conventional ones.

The membership of the festival was slightly the same as it was last year. But a pleasant exception was that an outstanding Ukrainian vocal sextet “Mansound” happened to be not only in the cradle of the festival in Kursk, but also out in some other cities for the first time.

After the concert in Moscow was over the festival moved to Kursk to continue its voyage to the other cities, which number was supplemented by Kazan since now.

German Lukyanov and the “Cadans Millenium”

The jazz orchestra “The Mirage”

Vladimir Grishin and the “Opus” ensemble 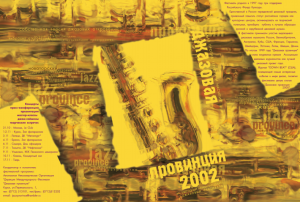 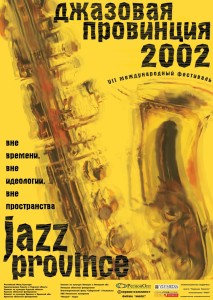