“… That were the best evenings for last few years, and I haven’t seen anything like that before, even in Moscow. The culture is born in province, precisely there, and we are those who are to support it, endure it and give it to our children.”

The festival was opened by its constant participant (since 1998) – People’s artist of Russia David Goloshekin. He played with his built-up quartet: David himself played an electric-violin, another musician from St. Petersburg Gasan Bagirov played the guitar, a veteran of Moscow jazz Victor Epaneshnikov was a drummer and Denis Dudko from Harkov played contrabass.

Art-director of the festival, Leonid Vintskevich, a pianist from Kursk, showed some fragments from his new project – a trio with a drummer from Kursk called Nikolay Emelyanov and Leonid’s own son, saxophonist Nikolay (in 2000 a company named “Boheme Music” recorded the first CD “V&F Project”. Recorded compositions were performed at “Jazz Province - 99”).

Lembit Saarsalu was there too. He’s a constant participant not only of all the “Jazz Province” festivals, but he also took part in every jazz concert in Kursk before. He performed together with a new (she came from Northern Carolina to the second part of “Province”, which was held in Moscow, Povolzhye, St. Petersburg) dark skinned singer Eve Cornelius and the team of the festival (Vintskevich the senior, Bagirov, Dudko and Epaneshnikov).

Whereas precisely Cornelius was given the role of the main foreign star for the rest of the trail of the “Province” festival, there are more things that must be said about her. There is something from the greatest musicians in her manners, but there is also that individuality of hers and inconspicuous, but rather confident grip. And it comes as no surprise because she was on tour with true masters, like Roy Hargrove, John Hendrix, Chucho Valdes, Malgru Miller and etc. And she also had recordings with Norman Conners and Ramsy Louis. Her last album “I Feel Like Some Jazz Today” was released last year on a small label Pooky Looky Records.

Another “import” band was a Swiss trio Day&Taxi (saxophonist Christoph Gallio, a young contrabass player Dominic Giro, and an expressive drummer Dieter Ulrich). A thin balance between rational European free-jazz – which literally comes from your brain, and a less emotional, but not less sophisticated compositional jazz (it is also evasively called “improvisational music” by its representatives).

The second unit was opened by “Man Sound”. Our longtime favorites from Kiev have (at exactly this time) just experienced a change in their band, so their fans from Moscow saw two new faces at once – baritone Vyacheslav Rubel (he jumped into the team half a year ago and has already visited States with his band, successfully enhanced six-man band “Man Sound”) and a coach Yuri Romensky.

The final big set was represented by a British quartet under Denis Baptist’s management. Afro-american, peculiar, beardy Denis is a laureate of a British prize MOBO Awards for the last year. However, he shared the same race only with bassist Larry Bartly: pianist Andrew McCormac and a drummer Tom Skinner were Europeans, but it meant nothing for a quartet and didn’t spoil the atmosphere of communication (and it really seems that race prejudice in Britain is a far cry from the same in USA).

A quartet under Aleksey Terentyev’s management 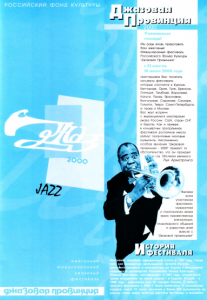 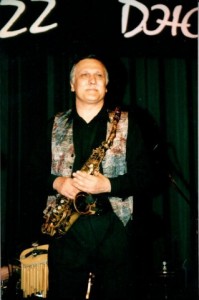 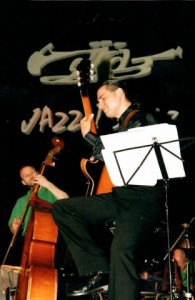 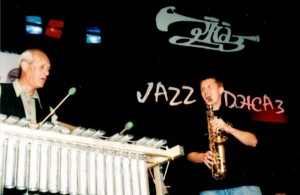 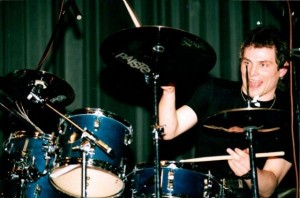 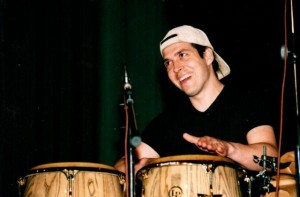 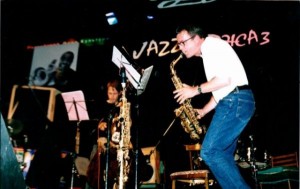